The new Apple Mac Pro was just released earlier this month and the question on a lot of people’s minds was if the new computer could be upgraded. According to images released by OWC you can indeed upgrade certain part of the computer. As you can see in the image below the CPU is socketed and not an SOC (System on Chip) , so you can remove the motherboard and change out the processor. The memory also uses the standard DDR3 DIMM form factor, so they can be changed out as well. 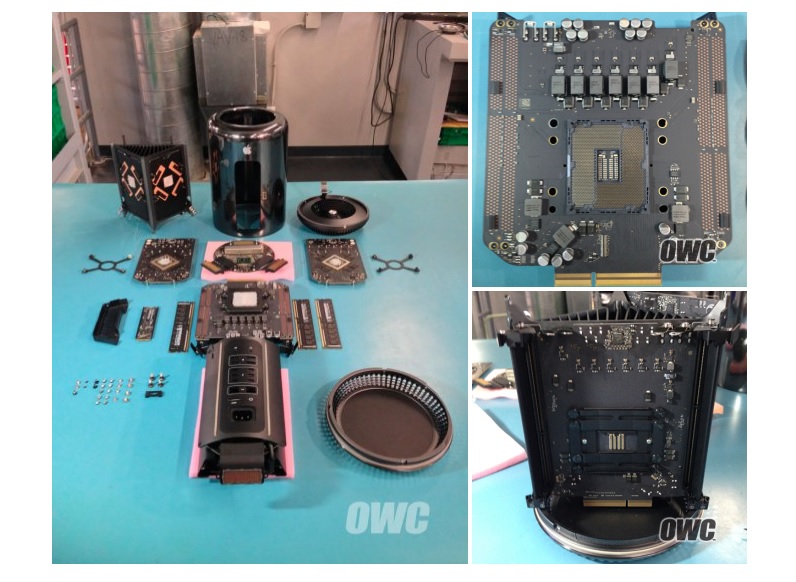 Other than those two components the upgradability of the Mac Pro seems limited, but we are talking about Apple here. They have never been a company that lets people get into the hardware and easily change it out as is the case with a PC.