Battlefield 4 is one of the most anticipated games coming out this year, and even though the beta has closed we learned some interesting thing about the game while it was live. First off is that there are some serious driver’s issues that need to be addressed, as the image below clearly shows. We aren’t’ very concerned about the drivers issues though because they tend to get worked out over time and within a week or two following the launch most system can run the game without any hiccups. Though it will make the game less funny. lol 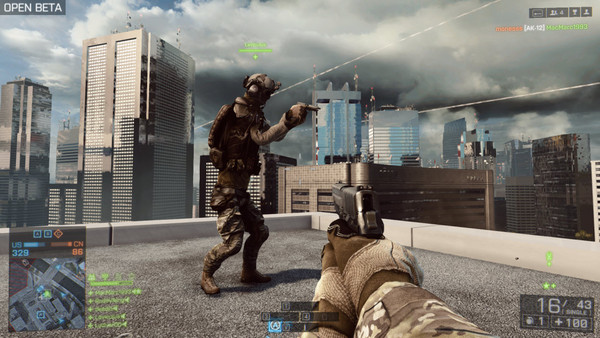 The things we were focused on was just how optimized BF4 was for modern hardware. There were multiple people testing the beta and for those that looked deeper than the gameplay, we found out that BF4 is optimized for multi-threaded processors and has no issues maxing out up to 8 threads in a CPU.

Another interesting fact is that BF4 actually performs significantly better with high performance memory. Corsair tested the game using both a 1600MHz kit of memory and 2400MHz kit and the comparison between the two kits was actually pretty stunning. Below is an excerpt from their post and the benchmark results;

“Running at 1920×1200, or slightly above the most common resolution of 1920×1080, bumping our 32GB of Dominator Platinum from DDR3-1600 to its XMP speed of DDR3-2400 raised the average framerate a staggering 22.7% and the minimum framerate a still impressive 9.7%. Keeping in mind these framerates are both still well above the magical 60fps, nonetheless it stands to reason a user with less GPU horsepower might get a healthy amount of mileage out of faster memory.”

An increase of 22% is similar to what you could expect if you swapped a GTX 770 out for a GTX 780, so we aren’t talking peanuts here.

The takeaway is that Frostbite Engine 3 is capable of pushing the memory subsystem in ways we hadn’t anticipated. Other games are due to be released on Frostbite Engine 3, too, and they’re not inconsiderable titles. We’re talking about Dragon Age: Inquisition, Mirror’s Edge 2, Need for Speed: Rivals, and the next Mass Effect, so we could expect to see similar results in these games. It is nice to see games finally taking advantage of current generation hardware other than just the GPU, dual core processors and memory at 1866MHz. I know I can’t be the only one out there that was disappointed when my 8-threaded processor was only working at 20% while gaming.