The EVGA GeForce GTX 750 is based on Nvidia’s First Generation “Mawell” architecture which packs quite a punch for having a TDP below 75W. Just a few weeks ago we were able to examine the GTX 750 Ti, which is the older sibling of the 750 series, the difference in this model is it comes with a slightly cut down GPU that features 512 CUDA cores instead of 620 and it only has a 1GB frame buffer. The decreased architecture reduces the cost of the 750 by as much as $30 though, making it the more affordable option of the two.

To offset the reduction in CUDA cores EVGA has dialed up the base clock of the GPU from 1020Mhz to 1215MHz, but since the “Maxwell” architecture features GPU Boost 2.0 the core clock will actually be running at 1294MHz or higher. EVGA kept the memory settings in tact though giving this model a 1GB frame buffer that runs on a 128-bit bus with a clock speed of 1253 MHz (5012 MHz effective), equating to 80GB/s of peak memory bandwidth. 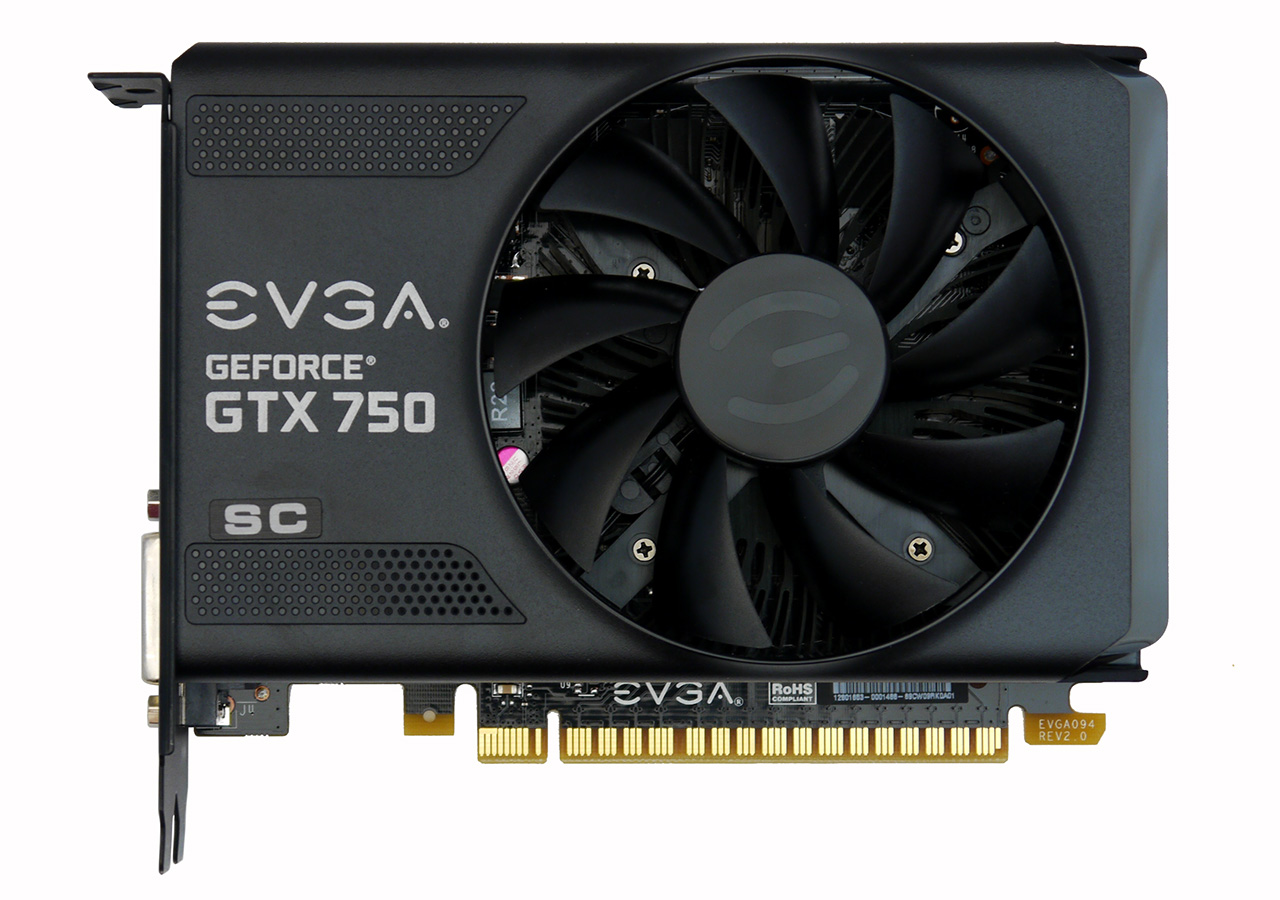 The GTX 750 is based on the 28nm GM107 GPU, which contains one GPC that packs in five Maxwell Streaming Multiprocessors (SMM), and two 64-bit memory controllers (128-bit total). What makes Maxwell different from Kepler is the SMM scheduler architecture and algorithms have been rewritten to be more intelligent and avoid unnecessary stalls, while further reducing the energy per instruction required for scheduling. This allows each CUDA core to be used more efficiently, decreasing the power draw and allowing it to deliver up to 35% more performance per core on shader-limited workloads

The organization of the SM has also changed. Each SM is now partitioned into four separate processing blocks, each with its own instruction buffer, scheduler and 32 CUDA cores. The Kepler approach of having a non-power-of-two number of CUDA cores, with some that are shared, has been eliminated. This partitioning simplifies the design and scheduling logic, saving area and power, as well as reducing computation latency.

The GTX 750 is an extremely affordable graphics card. The current prices on Newegg.com range from $119 to $139 depending on the thermal solution and clock frequencies. The EVGA GeForce GTX 750 SC actually sits at the lower tier of the pricing structure, even though this model comes with an aftermarket cooler and an overclocked GPU engine.