G.Skill has been well regarded in the gaming and enthusiast communities for years. Even back before memory was the sexy hardware it is today, G.Skill was making extreme kits of memory that pushed the boundaries in terms of performance. You have to be pretty young, or new to the game to not remember owning the G.Skill DDR 500 memory modules, which had a black heat spreader and were one of the only kits available that could run over 500Mhz along with your 3GHz Athlon x2 processor. Of course, by today’s standards the performance and look is dated, but their commitment to the overclocking community is still the same

In today’s market memory has to be not just sexy, but also have low power consumption and high overclocking headroom. The G.Skill Ripjaws Z memory sets out to strike the right chord in all of these fronts by including high quality single sided Samsung ICs that allow the memory to run at 2133MHz with a CAS 9 latency and a voltage rating of 1.6V. Additionally, the G.Skill Ripjaws Z memory have a sleek black heat spreader with fins at the top, but unlike manufactures who add skyscrapers to the top of their memory, the Ripjaws Z design is low profile enough to allow it to work with most large heatsinks.
The price of the kit is a bit high at the moment though, but this is currently the case with all high density models of memory. So, while this 16GB quad channel kit will set you back $184.99, which is the standard in today’s market. 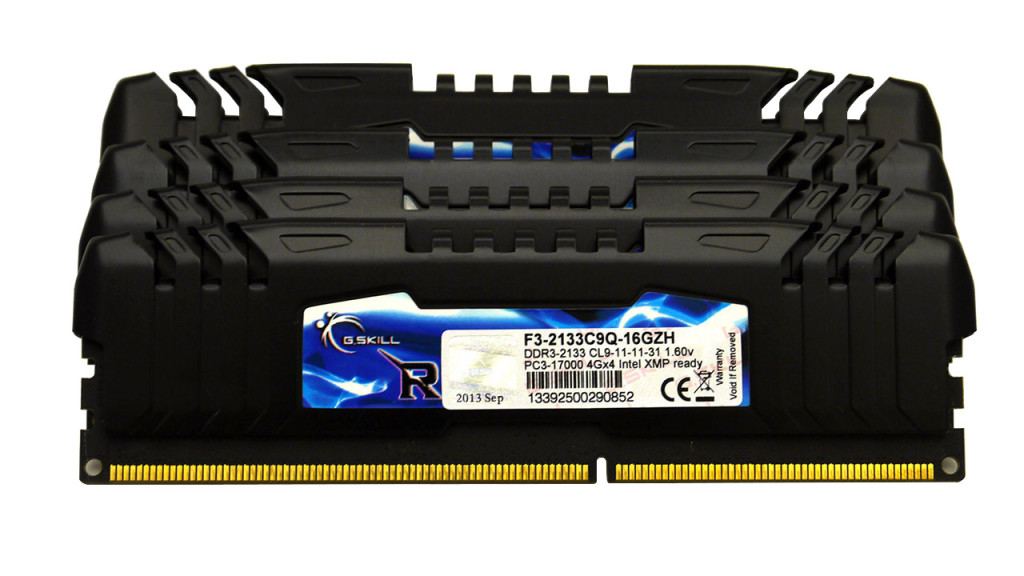