Whitney Houston believed that children are our future, but the folks at NASA JSC in Houston, Texas beg to differ. To them, the future is in the hands of robots. Devoid of flesh-bound limitations, robots can easily do tasks that would other wise kill any mortal. They can enter radiated areas and come out unscathed which would make them ideal candidates for future space exploration use. 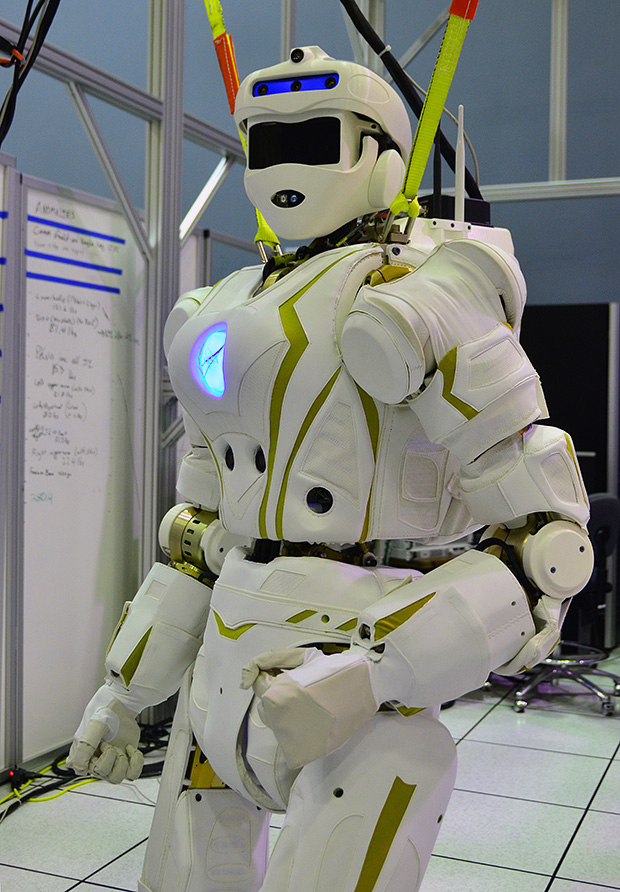 The DARPA-inspired “Valkyrie” has been recently announced as one of NASA’s ongoing humanoid robotics project being designed for this specific purpose. Valkyrie is a bipedal, self-contained robot with modular parts, making it easy to swap out or upgrade in the field. Standing 6 feet 2 inches tall and weighting 275 lbs, Valkyrie has superhuman strength and comes in iPod white with an Iron Man glowing chest-plate. NASA is not describing it like that though since I’m sure they don’t have enough money in their budget to fight a lawsuit from Apple or Marvel/Disney. Despite technically being genderless, her shape in the chest area suggest that Valkyrie is a “she”, plus the folks at NASA refer to her as “Val”.

The project is part of the DARPA Robotics Challenge and Valkyrie is developed in collaboration with University of Texas and Texas A&M, fully funded by the state of Texas.

I for one welcome our robot overlords.