The console wars are just getting started and while both Sony and Microsoft started off the line strong by selling over a million units at launch and also having extremely good Black Friday sells, there is only one true winner – AMD.

Unlike Microsoft and Sony, AMD is reportedly making nearly $100 off of each chip inside the PS4 and Xbox One, while the units themselves are only breaking even at their current retail levels. The money instead comes from software sells, but for the next few years Sony and Microsoft will not make a profit off their next gen hardware – while AMD is laughing all the way to the bank. And that isn’t even mentioning the fact AMD is also supplying the graphics hardware for the Wii U as well. 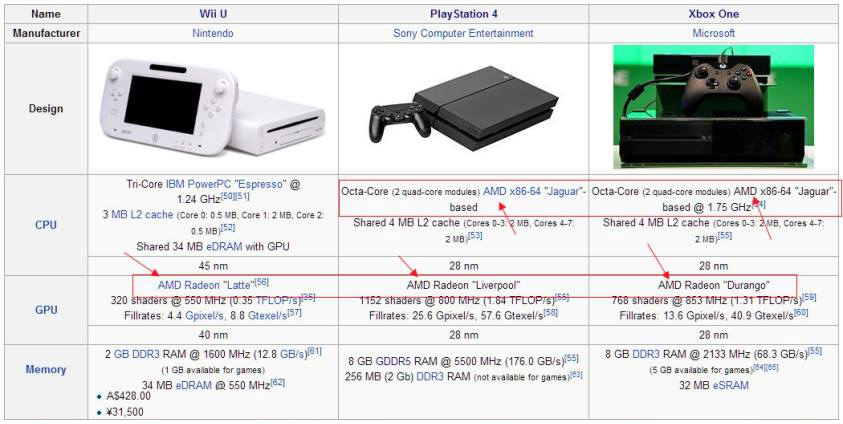