Both the “Kepler” and “Tahiti” architectures have been on the market for nearly two years now, but it was just last month that we saw the best of what Tahiti can do in the form of “Hawaii” and now Nvidia is finishing their “Kepler” architecture off on a high note as well with the GeForce GTX 780 Ti. A graphics card that is poised to become the fastest single GPU gaming card on the market.

At the heart of the Nvidia GeForce GTX 780 Ti is a fully unlocked GK110 graphics processor, which comes with a total of 2880 CUDA cores, a whopping 25% more than the GTX 780 and even 7.5% more than Titan. Additionally, the 780 Ti comes equipped with the fastest GDDR5 memory available – clocked at 1750MHz (7GHz effective) giving it a massive peak memory bandwidth of 336GB/sec. With the improvements made to the core and the memory bandwidth the GTX 780 Ti is going to be a force to be reckoned with and when it comes to gaming neither the GTX Titan nor AMD Radeon R9 290x should stand in its way when it comes to single precision performance. 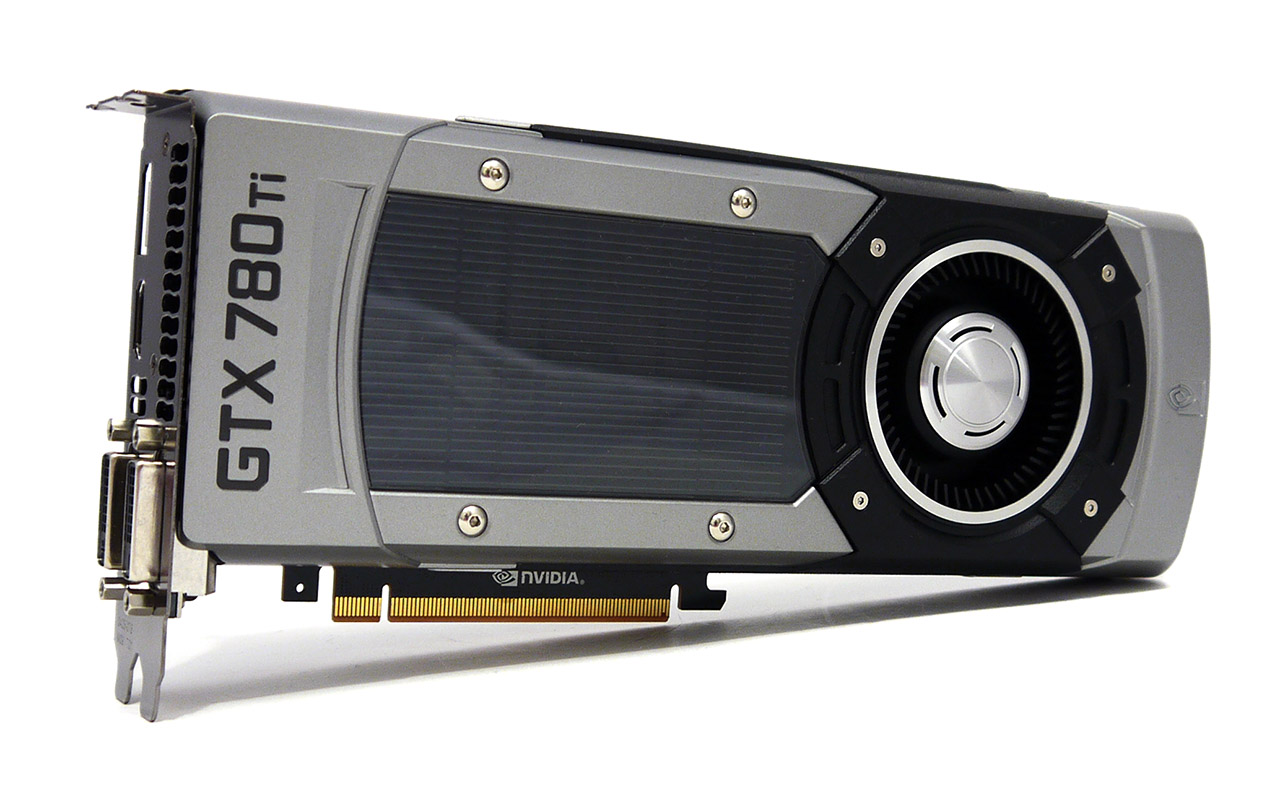 Along with the new specifications the Nvidia GeForce GTX 780 Ti also comes equipped with GPU Boost 2.0 Technology. Essentially, GPU Boost 2.0 maximizes frame rates in games via regulating not just the power consumption, but also by setting a predetermined temperature Target for the GPU. This allows the clocks to be adjusted in real-time to offer the best performance for the environment and power level. The card also comes with an interesting new feature; Power Balancing. This new feature like GPU Boost 2.0 is a regulating technology, but it regulates the power flowing through the rails when the GPU is overclocked to ensure all three (2x power connectors & the PCIe lane) have adequate power. If a lack of power is detected in one of the sources a secondary rail with backup power can share the reserve when extra load is needed – think of it as power sharing between the three power sources. This increases the stability of the power rails when overclocked and allows the GTX 780 Ti to be overclocked further than previous generation cards.

While the new iteration in the Kepler family comes with 2880 CUDA cores isn’t designed to be an outright replacement for Titan. Instead the GTX 780 Ti is a gamer’s wet dream that can drive most current gen games at 4K resolutions and allow the graphical quality to be maxed out at 1080p. The reason we refer to it as a gamers product is the 780 Ti has 1/24 double-precision performance (FP64) in comparison to Titan, which is a consumer graphics card that has full speed double-precision floating point performance, akin to the Tesla series. Without the uncapped double precision performance, the GTX 780 Ti falls strictly into the gaming segment, as it is not particularly a card you would want for a workstation. In those instance a Titan, or Tesla graphics card would still be the better option.

The Nvidia GeForce GTX 780 Ti also comes with Nvidia’s newly announced GeForce GTX Holiday Bundle. The bundle runs from October 28th until November 26th and buyers will receive free downloadable copies of Assassin’s Creed IV: Black Flag, Batman: Arkham Origins, and Splinter Cell Blacklist. You also get $100 off a NVIDIA SHIELD, bringing the price down to only $199. This is a huge intensive to buy the graphics card if you were already planning on purchasing a few of these games, or SHIELD.

Before we jump pages lets talk about the pricing of the GTX 780 Ti. What we know for sure is this card will have a $699 MSRP, making it $300 more affordable than the GTX Titan. The reason for this is Titan has a 6GB frame buffer along with better double precision performance. So it is unlikely we will see the MSRP of the Titan drop, but with the GTX 780 Ti on the market that is irrelevant. Titan is designed for gaming and workstations, while the 780 Ti is designed solely for gamers. If the Titan does comes down in price that would be great, but when it comes to straight up pushing pixels this is the card to get, seeing as it has more CUDA, higher memory bandwidth and costs less.