Halloween is just a few weeks away. I am going to pick up a few pumpkins tonight for carving, but I don’t think my carving, or engineering skills match this guy’s skill. The pumpkin in this image includes a fully playable version of Tetris. The unique pumpkin was created last year and post on the website Hahabird.

Be sure to watch the video to see it in action 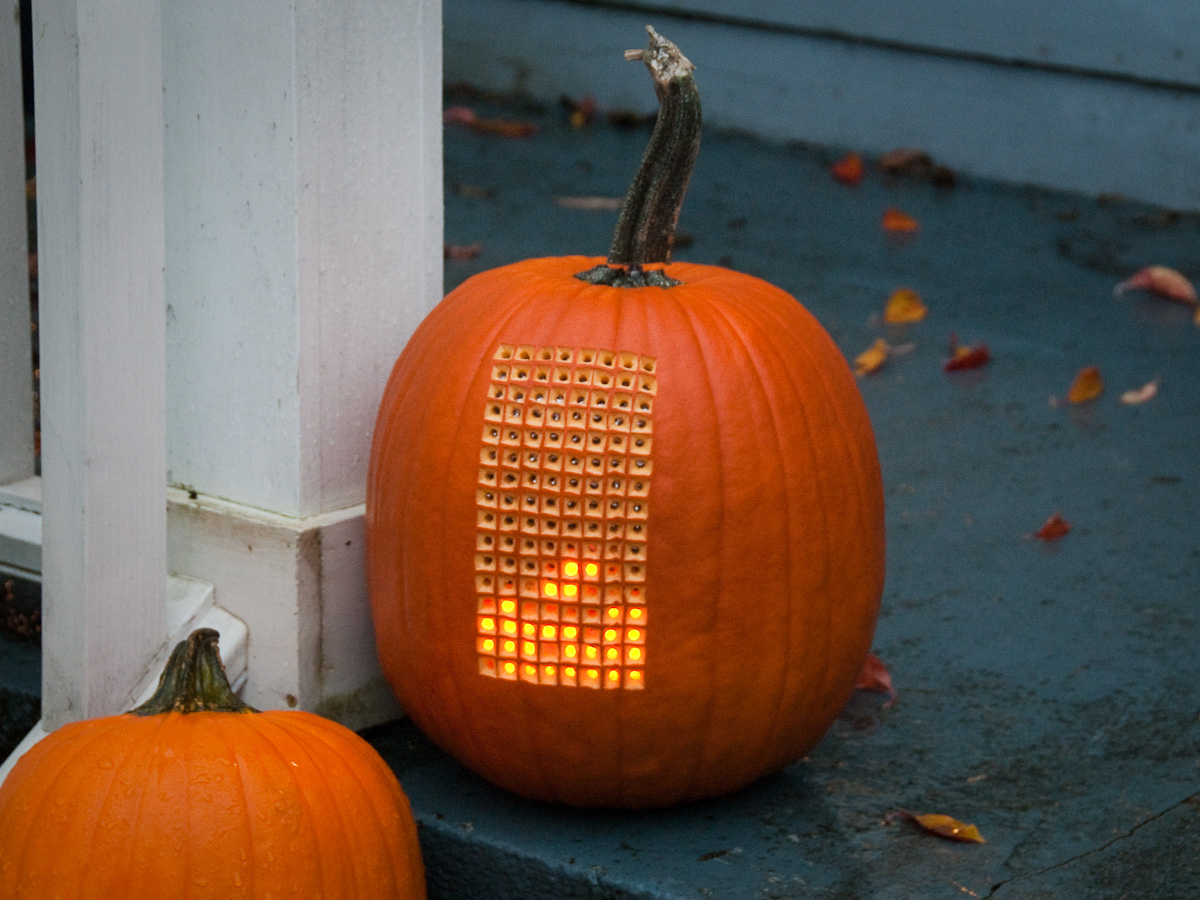 The designer of the explains how he came up with the idea in the excerpt below;

One of my habits is to write down all the crazy, fleeting ideas I have, then go back to review later rather than judging right off the bat, or even worse, forgetting them. Earlier in the month I was looking through that idea notepad and found “Make Tetris Pumpkins” from sometime last year. My original plan had been to make forms to shape pumpkins into Tetris pieces as they grew, then stack them together for Halloween. Since Halloween was only a few weeks away and it was too late to start growing pumpkins, I thought “Why not make a pumpkin you can play Tetris on instead?”

I had a LOLShield I hadn’t assembled yet, and I knew that someone had already written Tetris for it, so I figured it would be a simple matter to poke some holes in the pumpkin to match the LEDs, make a controller, and be done. But oh no, that would be too simple, and would look kind of lame. Little tiny LEDs, all stuck together on a 2×3″ area? Nahhhh.

Plan B: Still use the LOLshield, but instead of mounting LEDs in the shield I would wire them up externally so I could space them out more on the pumpkin. Luckily, I didn’t get too far down that route before I realized that the bundle of wires between the LEDs and the shield would be as thick as my wrist and a nightmare to solder and organize.

I was going to have to make my own LED matrix and program my own Tetris. With the decision made, I ordered 140 amber LEDs from Mouser and a pair of LED Matrix I2C “backpacks” from Adafruit. These little circuits come with a mini (.8″ square) LED matrix that I could use for programming instead of having to wire up my own LED matrix right from the start..