This may sound harsh, but if you think your gaming performance is not affected by the quality of the surface you use then you probably suck at gaming. I used to think the same way and thought that the cat-pattern mouse pad my grandma gave me was not a negative factor in my fragging. A certain degree of precision is required with any input and while modern mice designs have moved away from the ball tracking method and moved on to optical or laser sensors, a reliable surface is still necessary for any accurate data to be collected by the mouse and translated by the PC into the screen.

Everyone can relate to being a beginner but there is no reason why as a gamer you should stay on that level. If this was still the age of gaming arcades, are you satisfied to just mash on six buttons randomly until a “shoryuken” comes out, hoping that your opponent was not blocking or do you want to be able to execute the moves and combos you want when you want so you can dominate your opponent? The answer is obviously the latter. If not, then your parents did a horrible job raising you with any manner of self-esteem and they should be dragon-punched in real life. 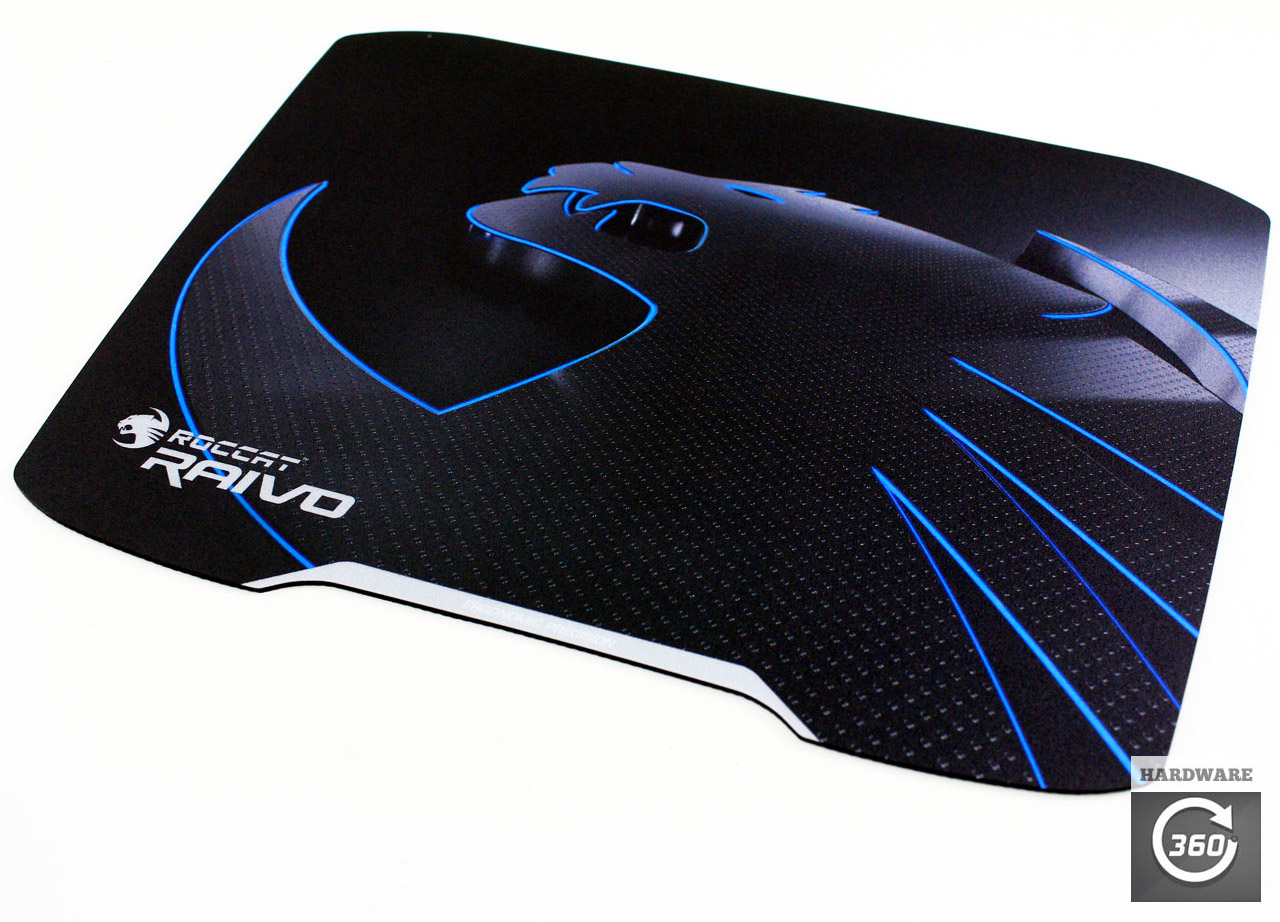 With the glut of selection out there for mouse pads, where should gamers look if they want to find a good gaming surface? The smartest starting point would be to look for mouse pads that are made by companies whose priority is making gaming oriented peripherals such as Roccat. Unlike other companies that make all manner of products and have a small gaming wing under the main brand, Roccat’s focus is strictly in improving gaming performance through the development of mice, keyboards, headsets, gaming notebooks and mouse pads. It would be a smart bet that they know a thing or two about creating a proper gaming surface.

The latest addition to their gaming mousepad line is dubbed the Raivo. The Roccat Raivo features a micro-granular speed surface similar to their previously released Sota surface but adds and improves a few key aspects to deliver superior gaming performance and ergonomics. The Roccat Raivo is available in Lightning Blue, Midnight Black and Stealth Black color options and has been tested for compatibility with all Roccat gaming mouse sensors as well as several other popular gaming mice.