Swiftech has been a major player in the water-cooling industry since 2001, but up to this point it they had not created a self-contained AiO unit. The H220 changes this though, as it is the first unit designed by Swiftech, but it is no simple cooler that would be comparable to the CoolIT and Aestek coolers. Instead, the Swiftech H220 is a custom made cooler that is designed for high-performance at low acoustic levels via an advanced design only Swiftech could make.

Delving a bit deeper into what this cooler can do though really shows off why DIY system builder should chose the H220 over the rest of the coolers on the market. First off this unit has a built in reservoir that can be refilled. The benefit of this cannot be over stated. All of the current AiO coolers do not allow the owner to refill the liquid without voiding the warranty. The fact you can refill the H220 is major set forward in the AiO industry and on that we hope catches on with other vendors. 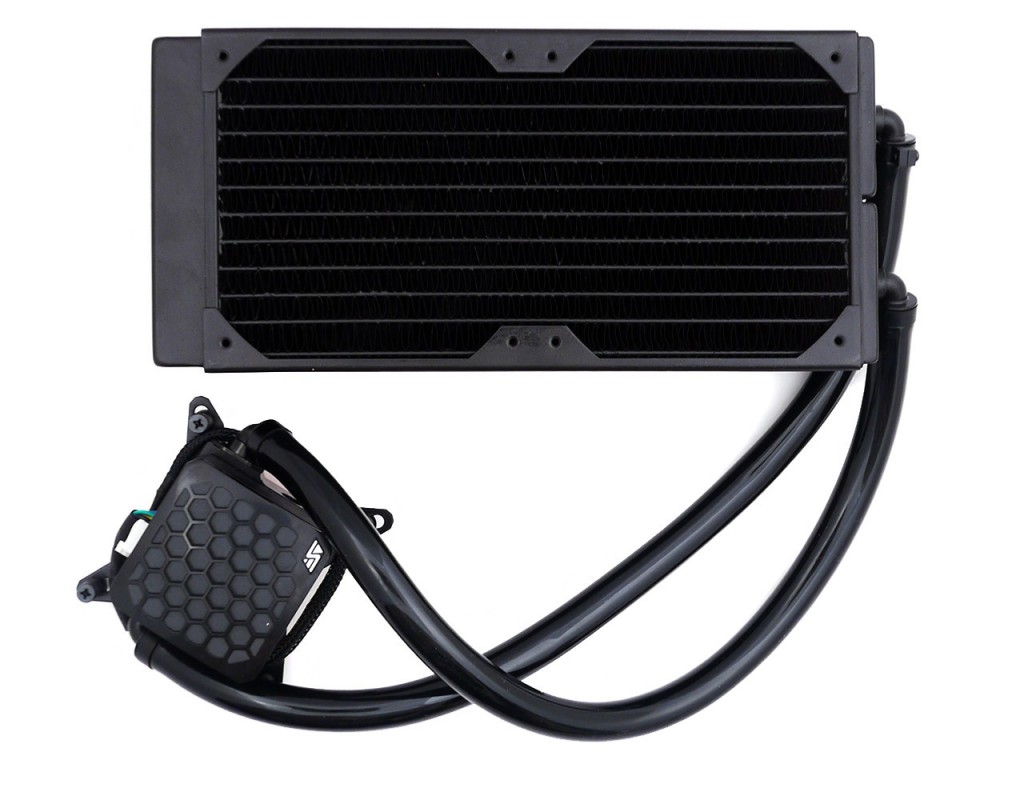 Another aspect of the H220 that makes it unique is its modular design, which allows the cooler to go beyond just cooling the CPU. By simply adding more tubing and filling the reservoir with additional water the H220 can cool multiple graphics cards, the chipset and VRM along with the CPU. Again this is a first for an AiO cooler and is the reason Swiftech uses a pump that is nearly 5x more powerful than those found in standard coolers.