Technology is shrinking, there is no denying that fact. However, we don’t subscribe to the notion that the desktop is dying outright. Instead it is going through a change, a shrinking if you will. With today’s technology, instead of needing full sized towers to accommodate a gaming PC you can buy a small form factor case and build a system that would make gamers from the past green with envy. There are still some limitations to small form factor cases though, they can’t always accommodate large graphics cards and they tend to not support tower-style heatsinks. In many cases the lack of support for a large heatsinks forces people to use reference coolers, which (with all due respect to Intel and AMD) suck. During peak load they can allow the core temperature of the processor to exceed 80°C and they tend to get loud under load. Luckily there are companies that are stepping in to fill the gap between reference coolers and tower coolers with a line of low profile heatsinks that can fit into any case. 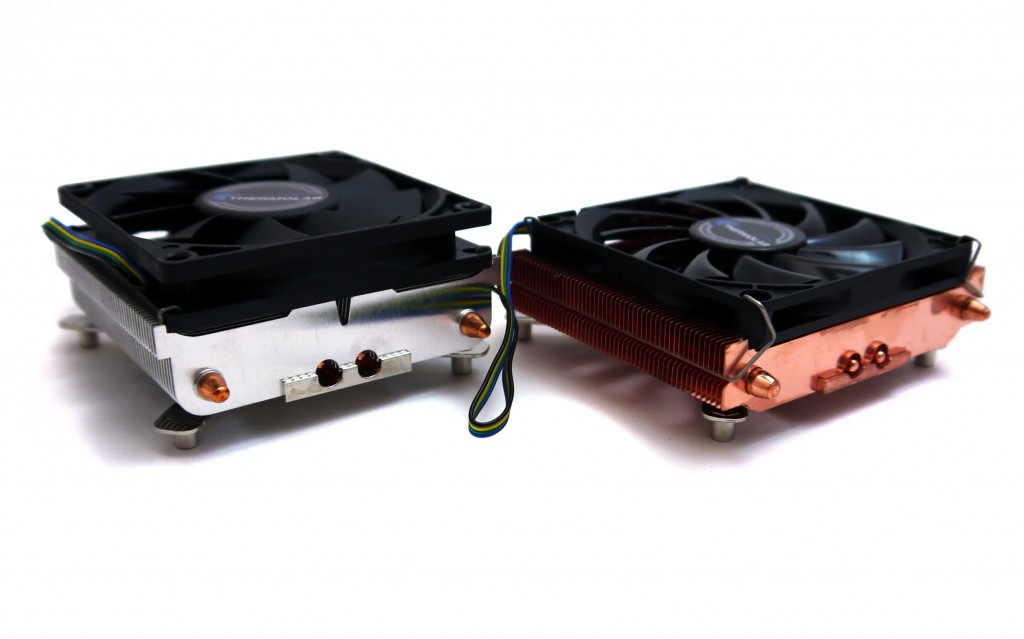 The heatsinks we are looking at are from Thermolab, and they are designed to replace the stock AMD or Intel heatsink in low profile situations, yet they are said to have far superior cooling and acoustic performance. In this review we will be looking at two heatsinks from the company the ITX30 and the Nano Silencer 2009. Both feature a low profile design, but one is made of pure copper and only stands 30mm off the ground while the other is made of aluminium and is 42mm tall, making both smaller than the Intel heatsink.